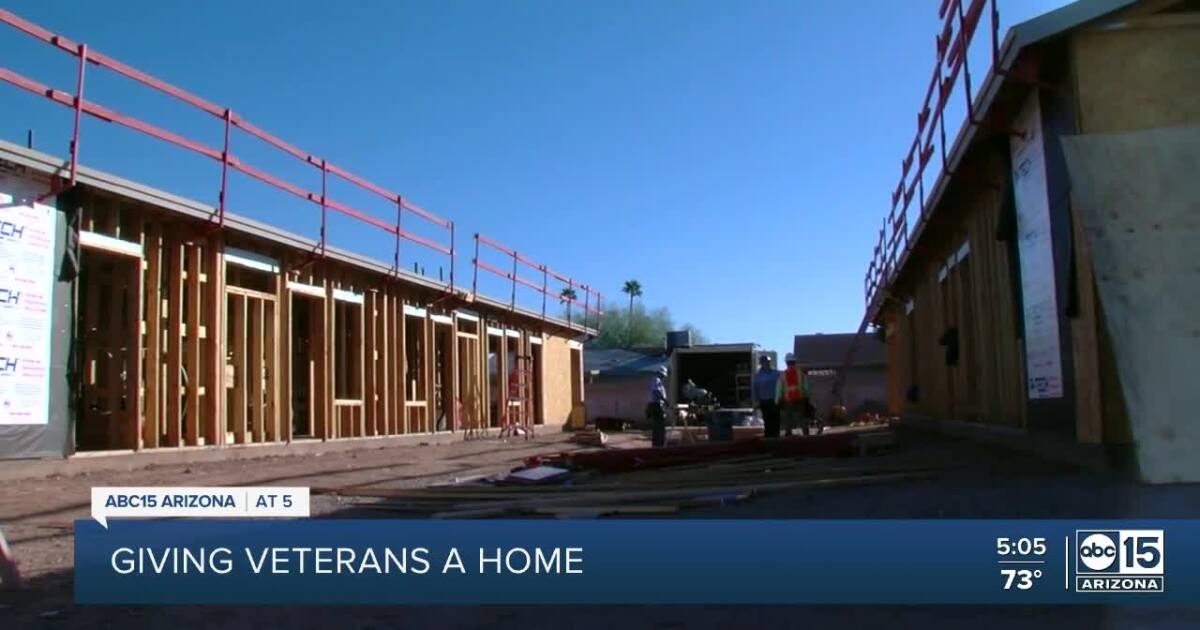 PHOENIX — Volunteers from the local Carpenters Union and Habitat for Humanity build homes for homeless female veterans in Phoenix.

The US Vets group is also building the houses and plans to offer resources to their residents.

“We offer therapy, education, re-entry into the labor market, all of those good things to get them moving forward with housing,” said USVETS coordinator Shontell DiNello Legé.

Nearly 40,000 veterans are homeless, according to the VA.

And while the homelessness rate has improved over the years, it has increased in 2020.

Organizers told ABC15 that giving women their own campuses can eliminate some of the issues they face.

“We currently have women on our site, but we are predominantly men, which gives them a safer place to come, schedule and focus on what they need,” added Legé.

Meanwhile, union officials told ABC15 it feels good to give back.

“This is just a great opportunity to help veterans, we are indebted to them,” said Tom Smock, chairman of the union’s volunteer committee.

Construction on the project began on Veterans Day and is expected to be completed in May.

For more information or to volunteer, contact the US VETS Volunteer Coordinator at [email protected]