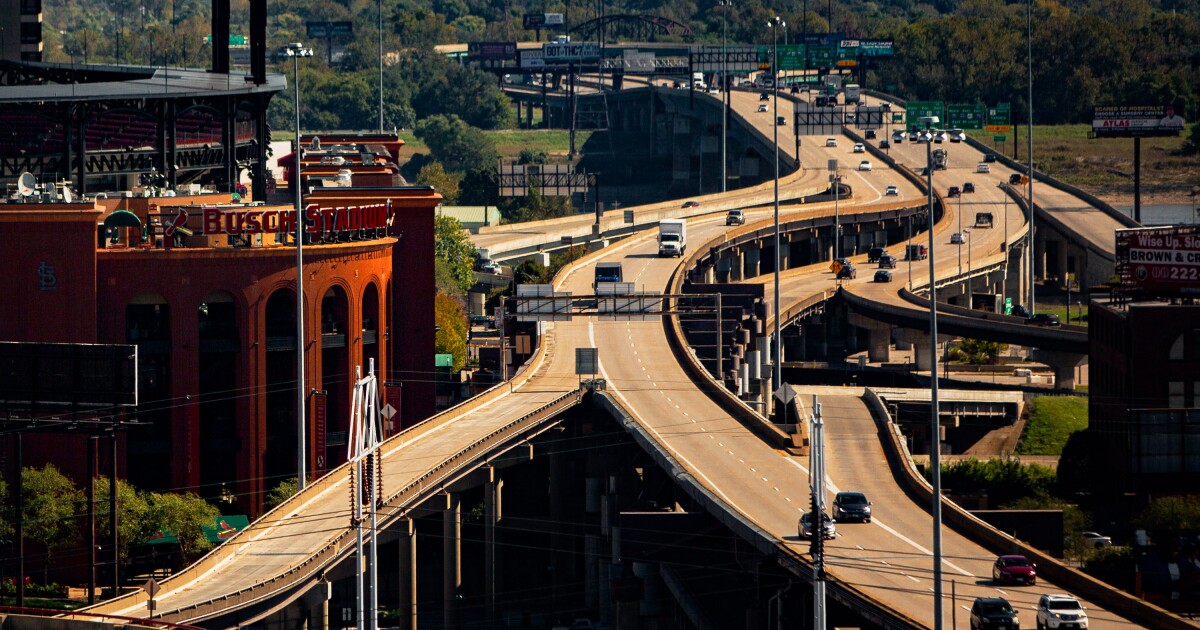 Sections of St. Louis’ busiest streets have long been dug out with potholes the size of lobster traps. Yet with millions of US bailout dollars now to be deployed for repaving projects, the city’s citizen-led Community Mobility Committee has an unexpected request for the mayor: Slow down.

It’s not that the committee is anti-car or pro-potholes.

“Dangerous streets are dangerous for everyone,” said committee chair Liz Kramer. Saint Louis live tuesday. “But some of the streets that are highlighted in this first round of funding don’t have plans to improve pedestrian infrastructure, cycling infrastructure or bus infrastructure with them.”

Established as an official advisory body to the city in 2020, the Community Mobility Committee works to make the streets, sidewalks and pavements of St. Louis safe and accessible not only for cars, but for pedestrians as well. , cyclists, scooters, wheelchair users and public transport users. .

However, repaving projects planned under a recent bill signed by Mayor Tishaura Jones — which earmarks $84 million in federal COVID relief funds for infrastructure — appear to replicate the design of existing roads. The committee sees this as a missed opportunity.

In a May 9 letter to Jones, the committee urged the mayor “to consider the timing of repaving these segments” and incorporate plans that not only resurface the road, but also make pedestrians a priority.

Says Kramer, “We want to make sure we get the most out of this investment and think holistically about not just repaving, but how can we create ADA-accessible pedestrian crossings? How can we have bike lanes that people actually want to ride on? And it really improves the experience and calms the traffic on our streets? »

Kramer noted that the city and some neighborhoods are already involved in traffic planning projects that aim to improve street conditions. These efforts, combined with existing traffic studies, should give the city a solid foundation to approach its busiest streets with more in mind than just a smoother surface.

Kramer suggested that traffic-calming measures such as sidewalk extensions, high-visibility crosswalks and lane schemes that reconfigure the road “can be implemented much more effectively if done at the same time. time as the freshly lowered asphalt”.

So far, Kramer says the committee hasn’t received a response to his letter. Reached for comment on Tuesday, a spokesperson for the mayor’s office provided a written statement noting the Council’s recent approval of $250,000 Estimate and Allocation for a traffic calming and traffic safety study. city-wide pedestrians.

The city’s statement also drew attention to the Louisiana Calm Streets Pilot Project, the first such project undertaken by the city, which is funded by both federal and district funds. The project aims to slow traffic from Gravois Avenue to Meramec Street and consists of installing access ramps and sidewalks near Marquette Park, as well as pinch points, roundabouts and the replacement of sidewalks.

But the committee hopes the city will expand the scope of such measures, especially on less pedestrian-friendly roads like Grand, Kingshighway, Jefferson, Union and Goodfellow – all of which are to be redone under the bill Jones signed into law earlier this month.

Along with the mayor, Kramer recently participated in a Neighborhood Transformation Roundtable to discuss the city’s transit needs. Kramer says she came out of the meeting optimistic about the administration’s trajectory, particularly in how it focuses on improving transit systems, not just specific streets.

Still, Kramer and the committee hope more can be done for pedestrians and others sharing the road — before federal COVID relief funds run out.

“We have a lot of needs in our city,” Kramer said. “[Jones’] systems approach and the way the city thinks about systems, I think that’s so essential to improving transportation, infrastructure and safety for everyone.

“Saint Louis live” tells you the stories of Saint-Louis and the people who live, work and create in our region. The show is hosted by Sarah Fenské and produced by Emily Woodbury, Kayla Drake, Danny Wicentowski and Alex Heuer. Jane Mather-Glass is our production assistant. The sound engineer is Aaron Dorr.

this is definitely an open world game