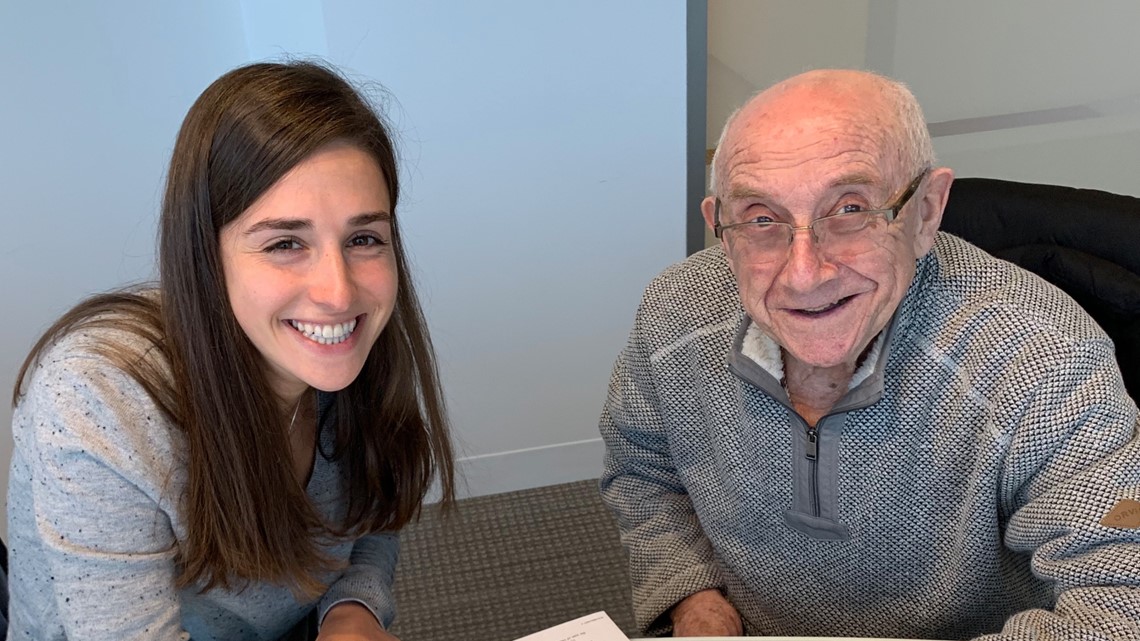 The Holocaust and Human Rights Museum says Max Glauben was a passionate advocate and cherished friend. His death was announced on Holocaust Remembrance Day.

DALLAS— Note: The above video was uploaded in April 2021.

The Dallas Holocaust and Human Rights Museum mourns the loss of one of its co-founders.

The Museum announces the death by Max Glauben, 94, on Holocaust Remembrance Day.

Max Glauben was a Holocaust survivor. He was born in 1928 and grew up in Poland with his family.

When Germany invaded, Glauben was 11 years old. He went through many hardships, including starvation, disease, and the murder of his family. He was also sent to several forced labor camps and a death march.

Max Glauben and his fellow inmates were released by the US Army in 1945. In 1947 he immigrated to the United States and served in the military. He was stationed at Fort Hood before eventually moving to Dallas.

RELATED: How a Holocaust Survivor, Now a Dallas Resident, Trusted a Fresh Graduate to Write His Life Story

“Max embodied the spirit of resilience. He turned the atrocities inflicted on him, his family and six million Jews during the Holocaust into a message of kindness, love and optimism,” said Mary Pat Higgins, President and CEO of the Museum. “He taught us that there is hope in despair and that one person can make a difference.”

#dhhrm mourns the passing this morning of a Holocaust survivor, passionate advocate, dear friend, co-founder and…

Glauben has shared her story in schools and by getting involved in the International March of the Living. According to the museum, the march takes people to Poland and Israel to learn more about the Holocaust and the roots of anti-Semitism.

The Dallas Holocaust and Human Rights Museum was opened in 2019, but it had been a passion project since the late 1970s. Glauben joined a group of other survivors who wanted a memorial to honor their loved ones and educate future generations.

In 2020, Glauben obtained a honorary degree from Southern Methodist University For his work. He was also honored by the Museum last November with the Hope for Humanity Award.

Max Glauben is survived by his wife of nearly 70 years, their three children, seven grandchildren and three great-grandchildren.

May his memory be a blessing.

Note: The following video was uploaded in August 2019

Seniors Center is looking for volunteers