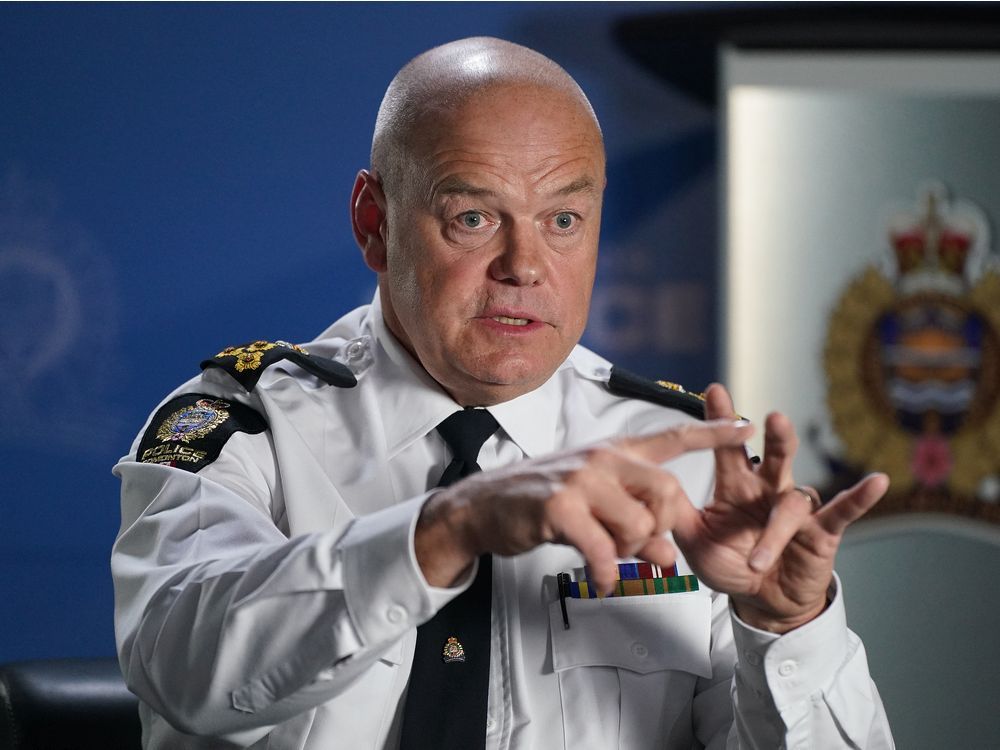 At a news conference on Friday, the Edmonton Police Service (EPS) said three new volunteer councils will replace the eight community liaison committees that made up the former Chief’s Advisory Council, which was established in 2004 and facilitated dialogue between the police and local minority communities.

According to EPS, a review of the old model found that it “didn’t allow for meaningful collaboration and problem-solving,” and communities wanted a more “action-oriented” approach with a clearer purpose.

Speaking at the conference, Todd Herron, co-chair of the new Council on Sexual Orientation, Gender Identity and Expression (SOGIE), which advises police on supporting the LGBTQ2S+ community, said said the old model was problematic in that it responded to community concerns in a reactive manner.

“We were waiting for people to report incidents, and we weren’t proactively going to find out what those incidents and issues were,” Herron said, noting that he was involved with the former Minority Community Liaison Committee. sexual and gender issues – a precursor to SOGIE advice – for about a decade. “So that left us open to a number of blind spots.”

The new model is designed to eliminate many of those blind spots by requiring councils to engage in focused and meaningful consultations with marginalized communities, Herron added, and advising police based on those consultations.

Also providing advice to police, the nîsohkamâkewin council, which is inspired by the Cree word meaning “the act of helping”, will help police understand the inequalities and barriers that Indigenous peoples face in the justice system. , while the Chief’s Community Council will assist the police in shaping policies and procedures applicable to all communities.

One of the chief’s community council concerns so far, co-chair Zaki Hirabe said, is whether people from different religious and ethnic groups feel the police are treating them fairly.

“That communication between EPS and the community is huge,” he said. “We’re trying to see where the community needs the most help and what we can do as a community advocate.”

Representatives from the nîsohkamâkewin council were not present, but PSE Aboriginal Relations Coordinator Christie Pace, who served on the former Aboriginal Community Liaison Committee, made a statement to the media on their behalf.

Comprised of diverse members of Edmonton’s Indigenous community and selected based on their expertise and lived experience, the nîsohkamâkewin council wants to help bring about tangible and meaningful policy change for both Indigenous peoples and their relationship with the police. local, the statement said.

“We must recognize that the relationship between EPS and the Indigenous community in Edmonton is still in the process of healing and repairing the damage done in the past,” the statement added.

After EPS launched its “Commitment to Action” initiative to gather feedback from marginalized and other communities in Edmonton, Chief Dale McFee, who was also at the conference, said some of the responses were difficult to hear, but included details that police needed to hear to come up with solutions such as the three new councils.

Far from “just ticking a box,” McFee said, the tips will provide him with useful advice outside of PSE.

“Because of their guidance, I think we have the ability to make fewer mistakes and get things done faster,” he said.

— with files from Postmedia

Sign up to receive daily news from the Edmonton Journal, a division of Postmedia Network Inc.

Thank you for your registration!

A welcome email is on the way. If you don’t see it, please check your spam folder.

The next issue of Edmonton Journal Headline News will soon be in your inbox.

We encountered a problem during your registration. Try Again