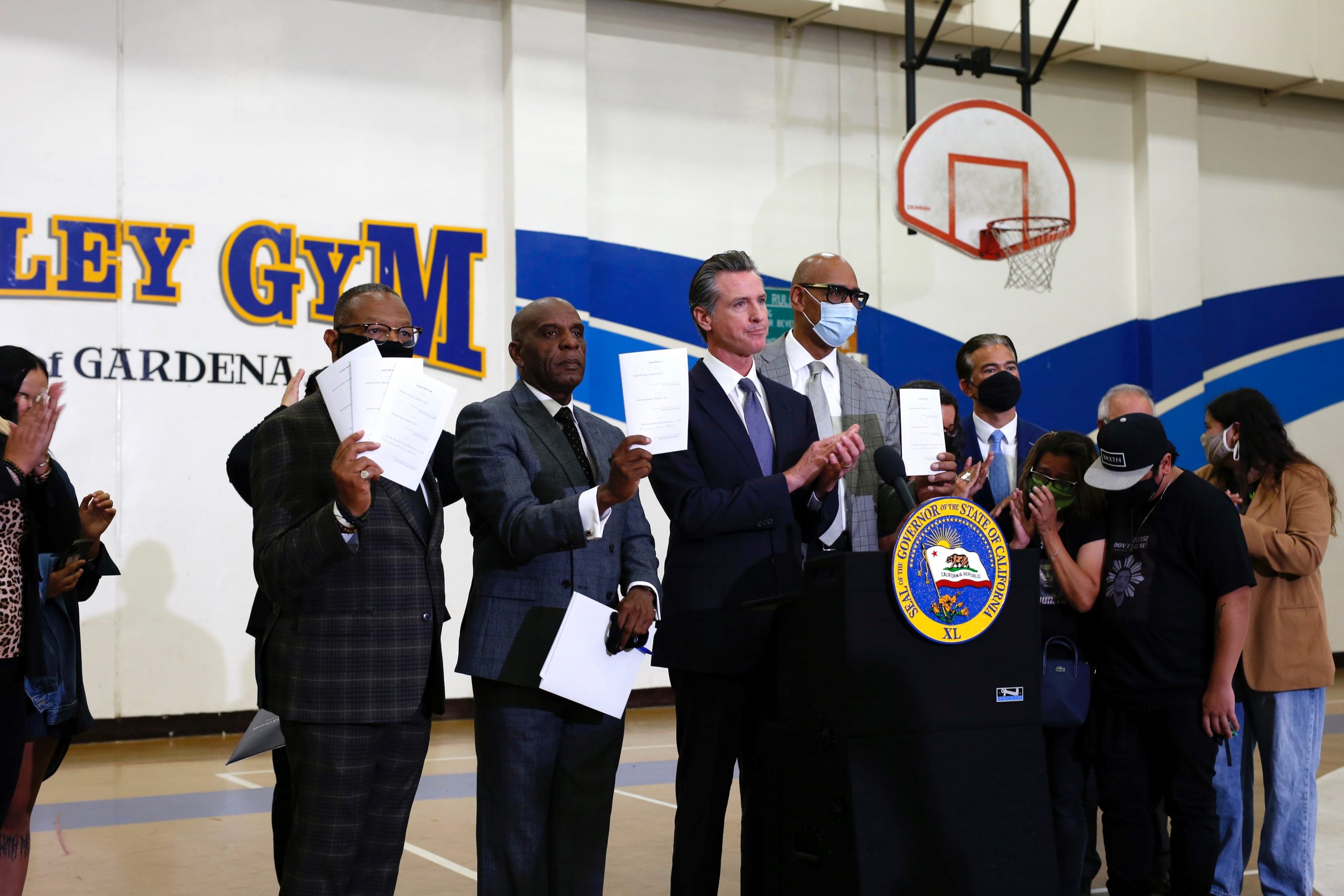 SB 16 increases transparency on cases of misconduct by peace officers

â€œToday marks another step towards healing and justice for all,â€ Governor Newsom said. â€œToo many lives have been lost due to racial profiling and the use of excessive force. We cannot change the past, but we can strengthen accountability, eliminate racial injustice, and tackle systemic racism. We are all indebted to the families who persevered in their grief to continue this fight and work for a more just future. “

SB 2 by pro Tempore Senate Speaker Toni Atkins (D-San Diego) and Senator Steven Bradford (D-Gardena) creates a system within the Commission on Standards and Training of Peace Officers (POST) to investigate and revoke or suspend the certification of peace officers for serious misconduct, including excessive force, sexual assault, display of bias and dishonesty. This act creates the Peace Officer Accountability Division and the Peace Officer Accountability Advisory Council within POST to review cases of serious misconduct.

Governor Newsom signs law on police reform alongside state and community leaders and families of victims.

SB 16 by Senator Nancy Skinner (D-Berkeley) increases the transparency of law enforcement misconduct files regarding findings of unreasonable or excessive use of force, discriminatory or prejudicial behavior, failure to act intervene in cases of excessive use of force by a peace officer, or involvement in searches and unlawful arrests.

â€œToday is an important day. It’s an inflection point in the way we provide public safety in the state of California, â€said California Attorney General Rob Bonta. â€œI am proud to stand alongside my former colleagues and Governor Newsom to open a new chapter in our common fight to instill more trust, transparency and accountability in our criminal justice system. By building trust today, we ensure the safety of officers and the community for tomorrow. Trust generates security and security generates trust. It will take all of us hard work to get the job done, but it is a monumental step forward on the road to justice. “

â€œI am proud of the significant progress made by the Legislature and Governor this year to help ensure that people of color in California can be more secure in their dealings with law enforcement. No one should have to fear those who have sworn to protect them, â€said Senate Speaker Pro Tempore Atkins. â€œMy colleagues from both houses who have worked tirelessly on these bills, as well as the family members, community advocates and law enforcement officials who have helped get across the finish line. to the bills deserve our thanks. There is still work to be done, and we are already back to it. Four hundred years of racism will not be erased overnight, but the arc bends and moral momentum is on our side.

“California has one of the most progressive criminal justice systems in the country,” said Senator Bradford. â€œBut for too long, problematic officers who do heinous acts in one department are not held accountable and continue to be a problem for that community, or are punished, but able to find employment in another department. This style of flushing and repeating accountability has led to the continued erosion of community trust. Finally, California finally joins the 46 other states with decertification processes for bad officers. I am proud to have drafted this landmark bill for California that honors Kenneth Ross Jr. and the many others who have had their lives taken away by the police abusing their power. My deepest gratitude goes to the families, community organizations, advocates and legislators who have stood up and supported this positive change. I commend Governor Newsom for standing with us on this issue and look forward to working with the administration on other ways to improve public safety and restore public confidence in our enforcement system. the law. “

“Confidence in law enforcement is eroded when police misconduct is kept a secret and officers who have done wrong are allowed to avoid the consequences,” said Senator Skinner. â€œSB 2 and SB 16 will help restore public confidence in the California police. By signing these bills, Governor Newsom has ensured that police officers who commit serious misconduct will no longer have the privilege of wearing a badge and that we, the public, have the right to know when officers are making use of excessive force or engage in racist or biased behavior. “

Governor Newsom also signed AB 26 by Assembly Member Chris Holden (D-Pasadena) who creates guidelines for police to intercede and immediately report if another officer is using excessive force; AB 89 by Assembly Member Reggie Jones-Sawyer (D-Los Angeles) who is raising the minimum age to become a police officer to 21 and will increase education requirements; and AB 490 by Assembly Member Mike Gipson (D-Carson) who prohibits the technique and methods of transport that involve a risk of positional asphyxiation.

Below is the full list of bills signed by the Governor:

Governor Newsom last year signed a series of bills initiating critical reforms to criminal justice, juvenile justice and police in California, including a ban on carotid restraint, forcing the attorney general to investigate shootings involving officers of unarmed individuals which resulted in death and legislation reforming the juvenile justice system to place greater emphasis on rehabilitation and education. Last year, the governor also issued recommendations from his police advisers to improve the police response to protests and protests and asked the National Commission on Standards and Training of Peace Officers ( POST) to modernize training and advice for law enforcement agencies.

For the full text of the bills signed today, visit: http://leginfo.legislature.ca.gov

John Rigas, former owner of the Sabers and doomed founder of Adelphia, dies at 96

An expert explains | ASHA: A successful experience in public health rooted in the…