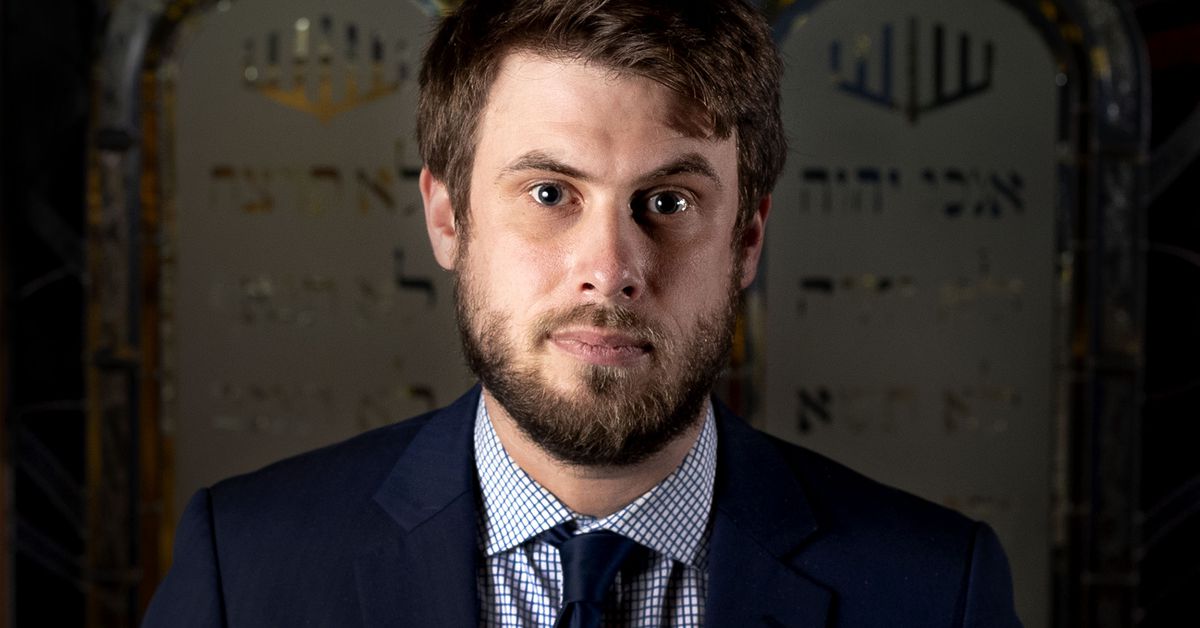 Could one man’s hateful rantings prove to be a catalyst for elevating the Utah business community to a new level of understanding and conduct when it comes to issues of bigotry and intolerance?

Last week, former Utah tech entrepreneur Dave Bateman sent a disturbing and anti-Semitic email to dozens of Utah business executives, elected officials and heads of state, which claimed that the COVID-19 vaccines were part of a plot coordinated by “the Jews” to carry out a “systemic extermination of billions of people” and “to consolidate all the countries of the world under one flag with a totalitarian regime”.

The screed was widely condemned, and the company Bateman co-founded in 2003, apartment management software innovator Entrata, took action in response. These included the Entrata board requesting and receiving Bateman’s resignation as chairman of the board. The board then asked him to divest himself of any financial interest in the company, a directive the company said Bateman would comply with.

In a less public move after Bateman’s email, Entrata also reached out to Rabbi Sam Spector of the Congregation Kol Ami synagogue in Salt Lake City.

Spector said an initial phone call led to him meeting a group of Entrata leaders, an experience he called the first in his time as a rabbi. Prior to that meeting, Spector said he had some skepticism about the request.

“I expected them to pay lip service after this thing that happened,” Spector said. “But, that wasn’t it.”

Spector said Entrata leaders were visibly moved to welcome him to their Lehi headquarters and shared their anguish over “someone from our community causing your community so much pain.”

“They asked how they could become allies of the Jewish community,” Spector said. “They said they were here to listen to what I had to say and wanted to learn how to be allies in the fight against anti-Semitism.”

To that end, Spector said he is hosting a virtual seminar with Entrata’s 2,500 employees, providing training on the history of anti-Semitism as well as how to combat a growing tide of hate speech and of hate crimes that Spector says have been on the rise.

Entrata has also made a financial contribution to Kol Ami, and although Spector declined to specify the amount, said the “six-figure” donation will help cover the cost of much-needed repairs and upgrades to the 50-year-old synagogue. , including a new boiler, prayer books and other improvements.

Company executives asked that the donation be kept secret and said they were focused on partnering with the Jewish community, he said.

“That’s what impressed me the most,” Spector said. “We have already seen people wanting to donate to get out of hot water. But Entrata works proactively to be an ally and they set an incredible example of how to do that.

“The catalyst for this was someone doing the wrong thing, and Entrata takes the position of what they can do to learn and improve from that. I encourage every company to be equally proactive saying, “We don’t want a Dave Bateman in our community and how can we fight that early on.”

Spector has offered his expertise to any Utah business that wants to learn more about the long history of anti-Semitism and how to create a workplace of tolerance.

While Entrata declined a request for an interview from Deseret News about it, company CEO Adam Edmunds shared a statement.

“At Entrata, we respect and support all religions, genders, sexual orientations, races and creeds,” Edmunds said. “We condemn anti-Semitism in all its forms. We are fully committed to continuing to work with Jewish leaders to provide education not only to our company but to the wider community, as we work directly with them to combat anti-Semitism.

“Initial efforts include donation and partnership commitments to support tolerance and education around these critical issues, both locally and nationally. We are grateful for the guidance and direction we have received from the Jewish community. as we work to increase our understanding and knowledge.

Entrata has also been identified as the sponsor of a new statewide effort launched by tech advocacy group Utah Tech Leads after Bateman’s email went public.

The Tech for Good initiative aims to “combat all forms of discrimination, including anti-Semitism, racism, gender identity, sexual orientation and many more” through work that will include hosting of continuing education and training opportunities for Utah business owners and their employees.

Tech Leads reports that more than 70 Utah companies have already joined the initiative, and the group has scheduled the first in a series of monthly programs aimed at building tolerance and inclusion in the workplace. The first seminar will include a presentation and discussion on faith in the workplace.

Tech Leads CEO and veteran tech entrepreneur Sunny Washington said the goal is to create forums where conversations can take place about how to create the best and most inclusive work environments that are supported. by managers and employees focused on inclusion and diversity.

“It’s great to see more than 70 companies from Utah’s tech community expressing their support for this important mission,” Washington said in a statement. “We all know that culture is paramount to continued success, and that knowledgeable speakers on topics we don’t always talk about every day are important for business and community growth.

“We also appreciate Entrata’s quick and decisive action in this effort and its willingness to scale up and sponsor this program. These partnerships go a long way towards creating a better and more positive work environment for everyone.

To learn more about the Tech for Good initiative, visit utahtechleads.com.

The cold triggers an emergency call for shelter volunteers