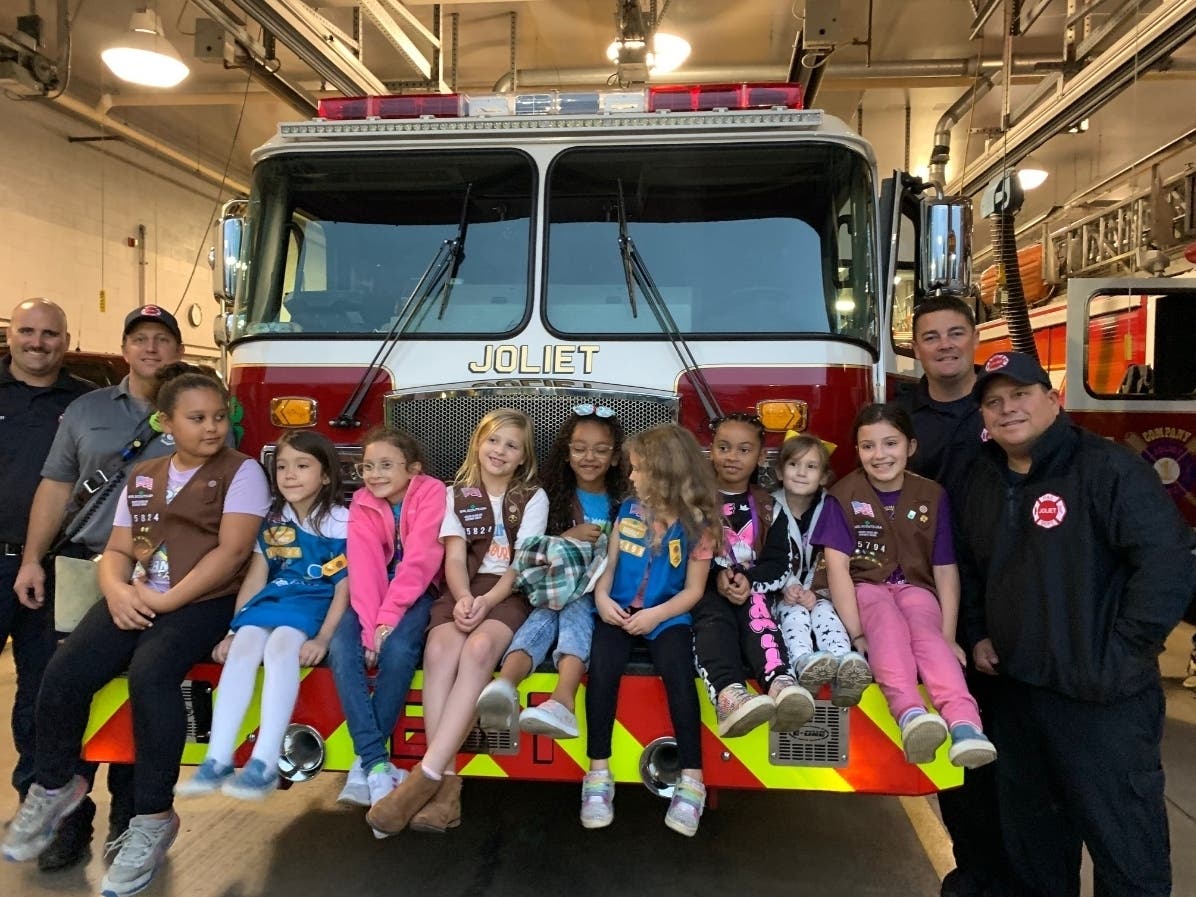 The young girls also learned the do’s and don’ts of CPR during their visit to Joliet Fire Station 1, the city’s main fire station, in downtown Joliet on St. Clinton.

“Have you ever choked on something?” Koch asked the Girl Scouts. “Anyone see someone choking?”

Some of the girls replied that they knew someone who had choked on a sandwich or drinking water.

Koch asked the Girl Scouts what to do if they saw someone choking.

Chief Carey told Joliet Patch that he intends to use Koch to organize many more community events and community outreach in hopes of preventing fires and saving lives in the months and years. coming.

One of the primary efforts of the Joliet Fire Department, Carey said, is to ensure that more Joliet businesses are transported with AEDs and, more importantly, that their workforce is properly transported. trained in their use.

If an AED is applied to someone with a heart attack within the first 60 seconds of cardiac arrest, 90% of victims will survive, Carey told Patch during Thursday’s session for the Girl Scouts of the Los Angeles area. Joliet.

As for AEDs, “At every business in Joliet, we want to see them,” Koch remarked during his presentation to the Girl Scouts.

The Joliet Fire Department will provide free hands-on CPR training and AED training to any Joliet business that has purchased an AED, the chief noted.