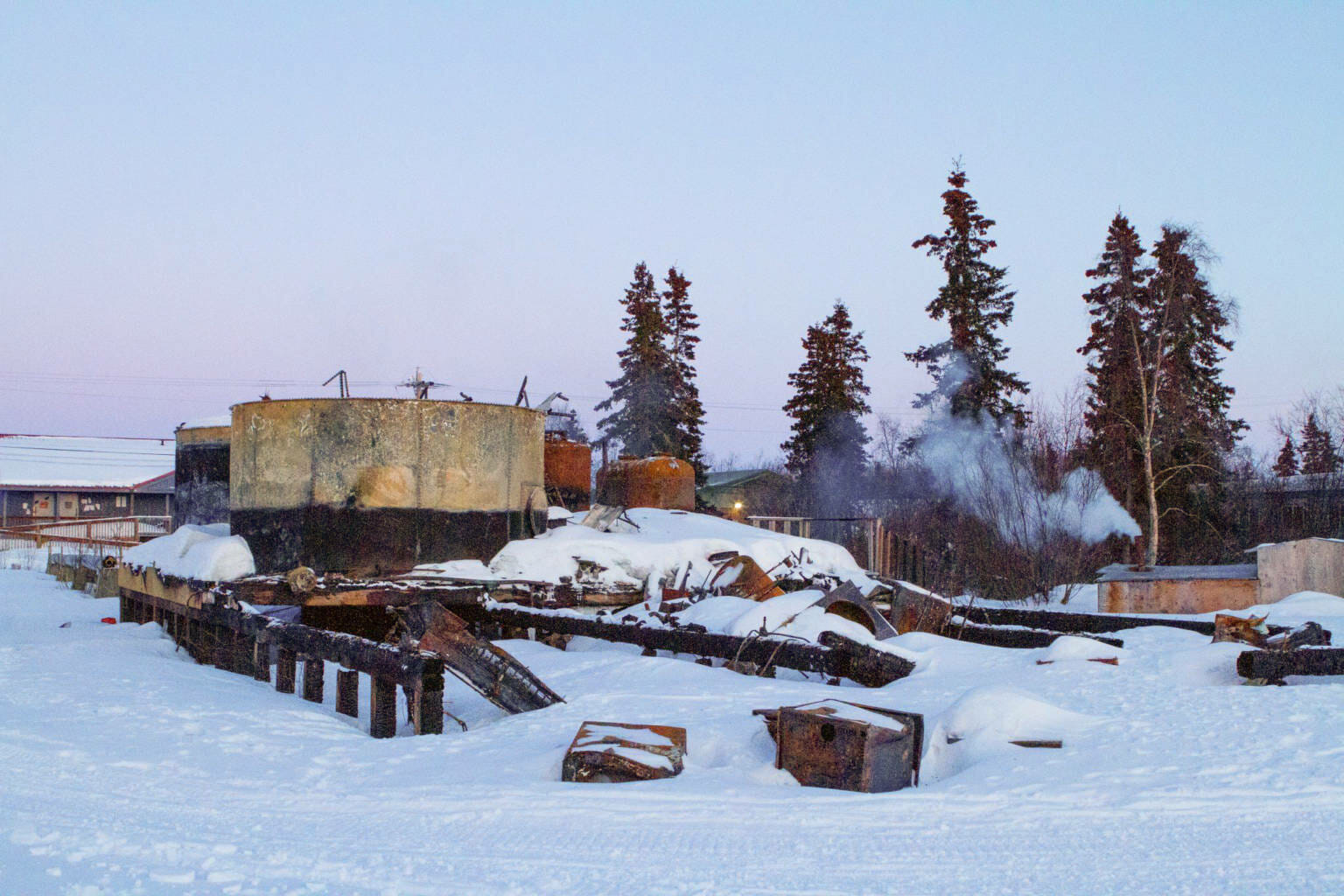 Long-awaited water plant has arrived in Tuluksak after a fire destroyed the only running water source for the Southwest Alaska community in January.

Tuluksak originally expected to have the portable water plant months ago.

After the community laundromat burned down, residents lived on free bottled water for a month and a half. Then, in early March, the Yukon-Kuskokwim Health Corporation succeeded in restoring access to running water.

YKHC installed a system that brought water from the Tuluksak River to the school, but a KYUK investigation found that many people in town did not drink this water. The school is located on the outskirts of town and access to water was limited both by the school’s opening hours and by its storage tanks.

[Sign up for Alaska Public Media’s daily newsletter to get our top stories delivered to your inbox.]

The community waited for another solution: a portable water plant that YKHC would loan to Tuluksak for the next several years until a permanent water plant and laundromat could be built. The new water plant promised to be located in a more central location in the city and provide much more water storage.

Although the aquatic plant is portable, it is not that easy to move. So when it came to transporting it, Faulkner and Walsh Constructors – the delivery company – were plagued by thinning river ice. The conditions of the ice road were too dangerous for them to drive it from Bethel. For a brief moment, the Army National Guard thought it might be able to fly the portable water plant in Tuluksak using a Chinook helicopter, the same helicopter used to remove the “Into The Wild” bus from a remote area near Denali National Park.

Eventually, plans were put on hold until conditions in the river were stable enough to burst into the portable water plant, which Faulkner and Walsh were able to do on June 10. Now, according to YKHC, workers are setting up the plant and hope to have it in place. and running later this summer.

The next step in the process is to build a new permanent water treatment plant for the community. YKHC is working with the Alaska Native Tribal Health Consortium, Village Safe Water, and the CRW Engineering Group to obtain updated cost estimates and timelines. Previously, agencies had estimated a figure of $ 8.2 million and a timeline for the summer of 2023.

SF investigates COVID testing company that could have operated illegally