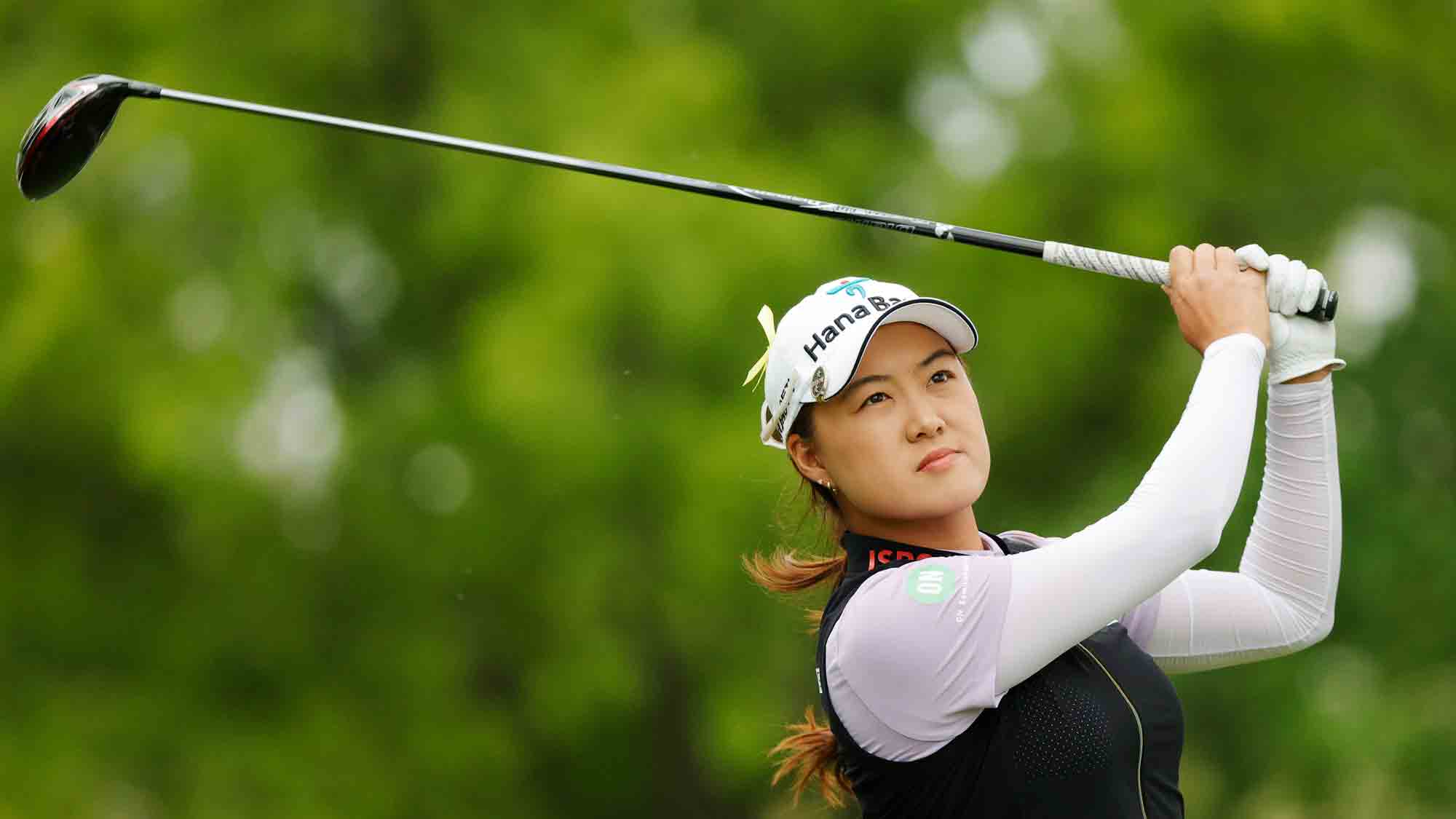 The 25-year-old LPGA Tour scoring leader did both on Saturday as she moved in one lap to earn her first win of the year and seventh of her career.

Lee had an eagle-birdie on the back nine and shot a 3-under 69 to take a one-shot lead over Sweden’s Madelene Sagstrom on a day the Upper Montclair Country Club showed teeth with the wind picking up early and the rain falling on the leaders for the last 11 holes.

“You know, I’ve been doing really well pretty much all year,” said Lee, who has two top-three finishes this year. “I worked hard on my putting and worked hard on everything so it would be really nice to see the outcome of a win.”

Sagstrom, the Swede who had the lead in the first round after a 63, had the best third round with a 67. The 29-year-old is aiming for her second win.

“I got a good score today, and if I keep playing my game, hitting good putts, giving myself good chances, you never know,” Sagstrom said. “But I just have to stay in the present. That’s really what I have to do.”

Sagstrom briefly tied for the lead with a birdie at the par-5 12th as Lee bogged the No. 11 after an errant tee shot.

“I think anyone can do it in half on this hole,” Lee said.

Lexi Thompson started the round tied with Sagstrom at 11 under and was only third, three strokes behind after a 69. She might have been closer to her first victory since 2019, but she narrowly missed at least five or six putts.

“I don’t even think that far,” Thompson said of her win. “I’m just going to go out tomorrow, take one shot at a time. I know I’ve done the job, so come here, be relaxed and commit to my golf shots; that’s all I can do. “

Angel Yin shot a 68 and moved up to fourth at 11 under. She had five birdies and a bogey.

“Actually, I left a lot of things there,” Yin said. “I did it pretty well, so I gave myself a lot of stares. It was really good. In fact, I left at least four in there that I felt like I could have done. .”

Ally Ewing, who was tied for second after two rounds, never did anything posting a 74. She was tied for fifth at 9 under with South Africa’s Paula Reto and Megan Khang.

Japan’s Nasa Hataoka, who won in Los Angeles last month, was in a group nine shots off the lead. Jennifer Kupcho, the winner at Mission Hills in the first major tournament of the season, also had 8 under.

Jin Young Ko of South Korea, a two-time defending champion and ranked No. 1, was a distant second at 5 under.

Anna Davis, the 16-year-old left who won the recent Augusta National Women’s Amateur, stayed at 4 under after shooting par.