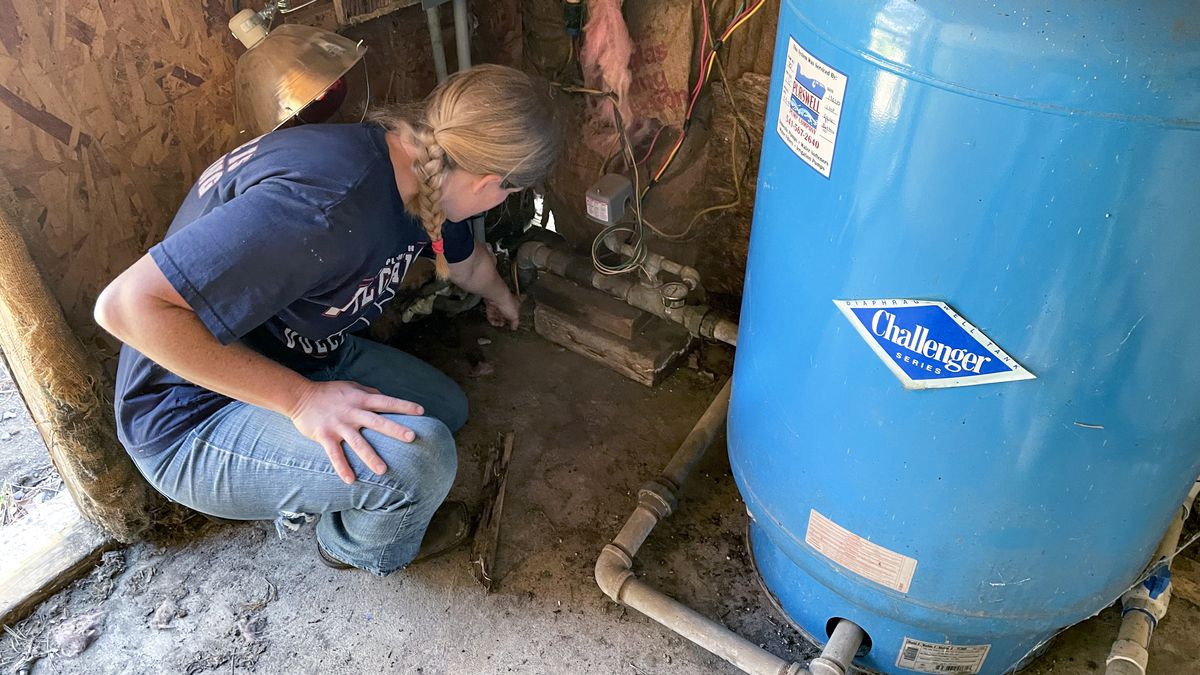 A committee tasked with reducing groundwater pollution in Morrow and Umatilla counties is restructuring to address growing concerns about dangerous nitrate contamination in local drinking water.

On Friday, the Oregon Department of Environmental Quality named new members for the Lower Umatilla Basin Groundwater Management Area Committee and helped launch an effort to restructure the group’s operation.

The committee is tasked with determining what causes high nitrate levels in groundwater and developing recommendations to reduce them. Groundwater is the main source of drinking water for both counties, and it is polluted by a variety of sources including irrigated agriculture, food processing wastewater, animal feeding operations like dairies and parks. feedlots, sewage from septic tanks and the US Army’s Umatilla Chemical. The depot’s bomb-washing lagoons.

The committee’s reforms come after more than three decades of failed pollution reduction efforts. Nitrate contamination of groundwater in the region has actually worsened since the committee was established in 1990.

This summer, Morrow County declared an emergency in response to contaminated drinking water and distributed bottled water to affected residents. Environmental groups have asked the Environmental Protection Agency for help, and the agency’s chief sent a letter in July threatening to intervene if the state of Oregon did not take action against polluters in nitrate.

On Friday, DEQ added new membership categories for general public and tribal members to better represent community concerns. Salini Sasidharan, an associate professor at Oregon State University, is the new chair of the committee, which will now create bylaws to add organizational structure as the council looks for ways to reduce nitrate contamination in the region.

“We’re going to look back in a very short time and say we kicked off the football and started the game today,” Umatilla County Commissioner Dan Dorran said at the meeting. “We have only been practicing for 30 years. Now let’s do it for real.

Kristin Anderson Ostrom of Oregon Rural Action is a newly appointed member of the committee representing the general public. She tested area residents’ private drinking water wells and found more than two hundred of them tested above federal standards. Some tested up to five times higher than the federal limit for drinking water. Anderson Ostrom said she’s glad the committee is reorganizing and moving forward, but she feels there’s still a lack of urgency.

“We have people who wake up every morning and drink their tap water and don’t know if the water is safe or not,” she said. “There is therefore a real urgency to start tackling this long-term problem that is missing and we hope that members of the community, now that they have a seat at the table, can help remind the rest of the committee’s stakeholders.”

Anderson Ostrom said she would like the other vacant general public seat to be filled by someone whose well water is contaminated to create that sense of urgency to find a solution as soon as possible.

She also said the committee should focus on public education and awareness, as many community members “are in the dark” about the high nitrate levels in the area.

Randy Jones, DEQ’s Eastern Oregon Regional Solutions Liaison, which supports the committee, said this is the first time the committee has restructured in more than three decades.

“Over time, there hasn’t been a lot of feasible work that has come out of the committee, and nitrate levels have basically gone up,” he said.

Nitrate levels have been steadily rising in the region since at least 1997, but the committee can only offer best practice or voluntary measures as solutions.

At their Friday meeting, committee members pledged to restructure and find solutions that will provide clean water to community members, but it was unclear whether they would advocate for regulatory requirements.

Jones said a lot of things led to the structural changes. Earlier this year, the agency fined the port of Morrow and potato processor Lamb Weston for sewage pollution that added hundreds of tonnes of nitrate contamination to groundwater. This led to a public outcry and a call from Anderson Ostrom’s group for the state to step in and take charge. Jones said the changes are also a response to environmental groups who filed a petition in 2020 with the EPA asking the federal agency to take emergency action and provide safe drinking water.

“In addition, there has been a declaration of a drinking water emergency for the first time, declared by Morrow County,” he said. “So these were all signals that it was time to take a very hard look at the committee and its organization.”

Drinking high levels of nitrate can lead to respiratory infections, thyroid dysfunction, and stomach or bladder cancer. It can also cause “blue baby syndrome”, which decreases the blood’s ability to carry oxygen, especially in infants who drink formula mixed with contaminated water. According to the EPA, nitrate levels above 10 milligrams per liter can cause serious health problems.

At Friday’s meeting, the DEQ said it recently sampled 30 private wells monitored by the agency and found 11 of them exceeded federal drinking water limits.

The committee will meet again next year to continue creating regulations and new sub-committees to better address the contamination issue.