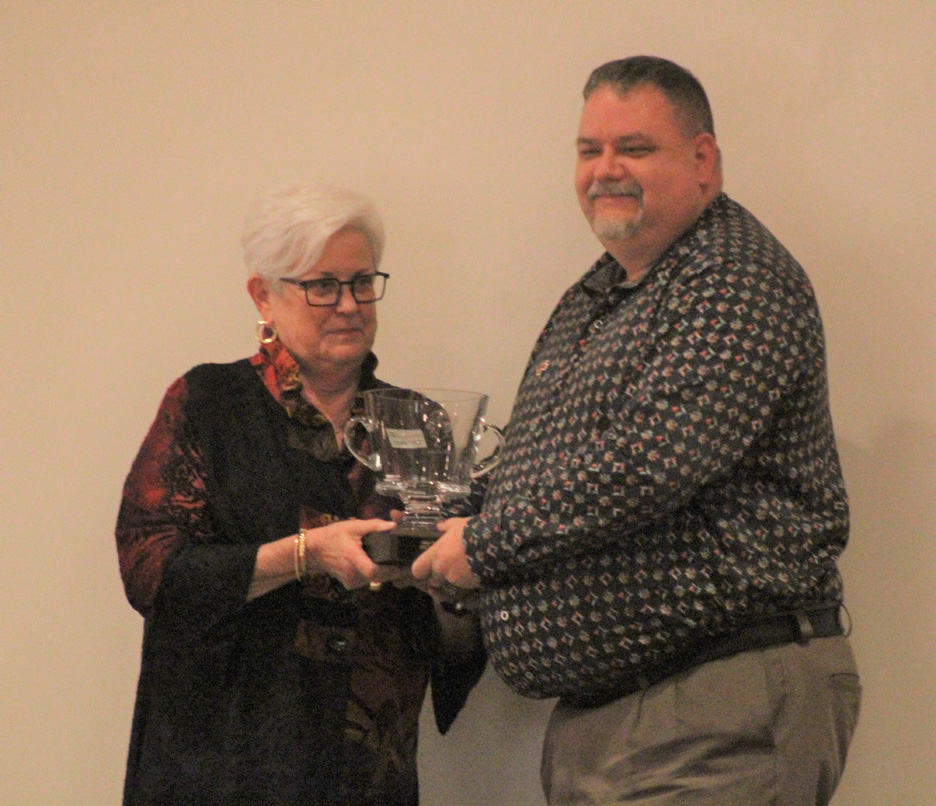 MIDLAND For 14 years, the Center for Nonprofit Management has recognized different organizations and volunteers around the Permian Basin with its Beacon Awards.

This year’s awards ceremony took place at the Petroleum Club in Midland on Thursday.

Many awards were presented to volunteers and non-profit organizations in Ector and Midland counties.

“We are thrilled to be able to honor excellence in nonprofit work,” said Center for Nonprofit Management Executive Director Laurie Johnson. “We have a large group of winners this year.”

“With these award winners, you look at them and you see the work they’ve done and it’s not just unique to these organizations receiving these awards today,” Johnson said. “You can take it and multiply it by the hundreds of non-profits and hundreds of volunteers who make the Permian Basin such a great place to live because they improve the quality of life every day.”

The winner of the Judge’s Pat Baskin Family Volunteer of the Year award in the adult division was Shane Bell of the American Red Cross.

He has held various leadership positions for the American Red Cross, from the local to the national level, including helping in Kentucky last December following the tornadoes that wreaked havoc in that state.

Judge Pat Baskin Family Volunteer of the Year Award in the youth category was Cody Munoz of Midland Teen Court.

A junior at the Midland Classical Academy, Munoz was a teenage lawyer for more than four years.

The WD Noel Volunteer of the Year was Debbie McReynolds of the Ector County Independent School District, where she was instrumental in training volunteers and teachers at other schools and facilitating the Sharkfinder program in ECIDD at Hays STEAM Academy, Dowling, Johnson and Gale Pond Alamo Elementary Schools.

The Excellence in Collaboration Award was presented to Bynum School, Midland Children’s Rehabilitation Center, Spectrum of Solutions, which formed We Are the World.

We Are the World is an adapted day camp for children with disabilities.

Excellence in communications went to Big Brothers Big Sisters of the Permian Basin.

Excellence in the program went to Odessa Arts.

Excellence in Organizational Leadership was awarded to David Diaz who works for Midland Community Development and has served on the boards of many organizations in Midland.

West Texas Jazz Society Chairman of the Board, Eric Baker, received the Board of Directors’ Distinguished Leadership Award.

“It’s very humiliating.” Baker said of the price. “It is an honor to receive this award. It was a nice surprise. I couldn’t do what I do without the support of the Jazz Society Board of Directors. They are all very hardworking people and they deserve it just as much as I do.

The West Texas Jazz Society organizes the longest running jazz evening in the world which takes place every year in Odessa.

“It may sound cliché, but we’re leaning on the shoulders of everyone who’s come before us,” Baker said. “Without the people who led the Jazz Society before us, we wouldn’t be here today, so I’m honored to carry on their legacy.”

Phillip Knight was awarded for Outstanding Generation Graduate. He currently serves on the Midland Children’s Rehabilitation Center Endowment Board, in addition to being Treasurer of High Sky Children’s Ranch and President of the Camron Stotts Foundation.

Misty Clary is the Chair of this year’s Beacon Award Committee.

“I think the Beacon Awards in general give us a chance to recognize people within the community who have truly given so much of their time, talent and effort to everyone,” Clary said. “It goes to the heart of our community. The Beacon Awards and all of our nominees, including winning recipients, showcase the best of our nonprofits. Our community has a lot of hearts and these are some of the best at putting that heart into action.

“Nominations are submitted by any nonprofit organization and they are judged by a panel of judges for each award and there are usually three to four different judges per award,” Williams said. “They have a certain set of criteria that meets that particular type of award, whether it’s leadership or collaboration.”