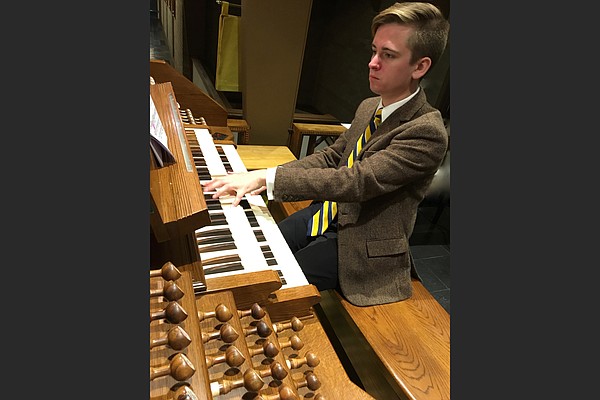 Elsewhere in entertainment, events and the arts:

On the program: “Prelude” in F major by Fanny Mendelssohn Hensel, paired with the “Prelude & Fugue” in C minor by her brother, Felix Mendelssohn; the first (“Rorate Caeli”) and the third (“Attende Domine”) of “12 chorale preludes on themes of Gregorian chant”, op.8, by Jeanne Marie-Madeleine Demessieux; “Prelude & Fugue” in G major, BWV 550, by JS Bach; “Organ Suite No. 1” by Florence Price; “Estampie Retrove” from the “Robertsbridge Codex” (anonymous, around 1360); “Petit Canon”, the second of “Three Pieces” by Nadia Boulanger; “Prelude & Fugue on ‘Traurigkeit, O Herzeleid'” by Ethel Smyth; and the “Passacaglia” from “Sonata No. 8” in E minor by Josef Rheinberger.

Free entry. The co-sponsor is the Central Arkansas Chapter of the American Guild of Organists. Call (501) 753-3578 or email [email protected]

The concert will also be streamed live on facebook.com/frcarey, where it will be available thereafter. Attendees are asked to wear masks throughout the performance and adhere to social distancing protocols.

The MacArthur Museum of Military History in Arkansas, 503 E. Ninth St., Little Rock, is screening “Rebel: Loreta Velazquez, Secret Soldier of the American Civil War,” as part of its “Movies At MacArthur” series. at 6:30 p.m. today. Velazquez posed as a Confederate soldier during the Civil War, enlisting in 1861 after the accidental death of her soldier husband, re-enlisting after his discharge following his discovery, and eventually becoming a Confederate spy and double agent under the services American secrets. Free entry. Dial (501) 376-4602.

The Arkansas Arts Council will honor seven members of Arkansas’ arts community at the Governor’s Arts Awards ceremony, with limited seating and therefore live streaming from the Arkansas Governor’s Mansion, Wednesday at 12 p.m. 30 on the Arts Council’s Facebook page (facebook.com/ArkArtsCouncil) and on its YouTube channel (youtube.com/c/ArkansasArtsCouncil). “Free entry.

The awards program has recognized individuals, businesses and nonprofits for their contributions to the arts since 1991. Winners are nominated by the public and then selected by an independent panel of arts professionals. Call (501) 324-9767, email [email protected] or visit arkansasarts.org.

◼️ Excavation station, from 10 a.m. to noon on March 22. Participants can learn the documentation techniques that archaeologists use at excavation sites.

◼️ Connecting-the-Pots, 10am-12pm on March 24. Clay pottery found in indigenous prehistoric sites is often broken into pieces; participants can learn the techniques used by archaeologists to glue them together using a terracotta pot and decorate their own little pot.

Both sessions are free; attendees must register for 30-minute timed reservations. Register at rogershistoricalmuseum.org/digging. For more information, call (479) 621-1154.

Thea Foundation is distributing $219,000 in scholarships to 36 Arkansas high school students in five categories, winners of its 2021-22 scholarship competition:

The list of winners and samples of their work can be found on the Thea Foundation blog: theafoundation.org/blog-1.