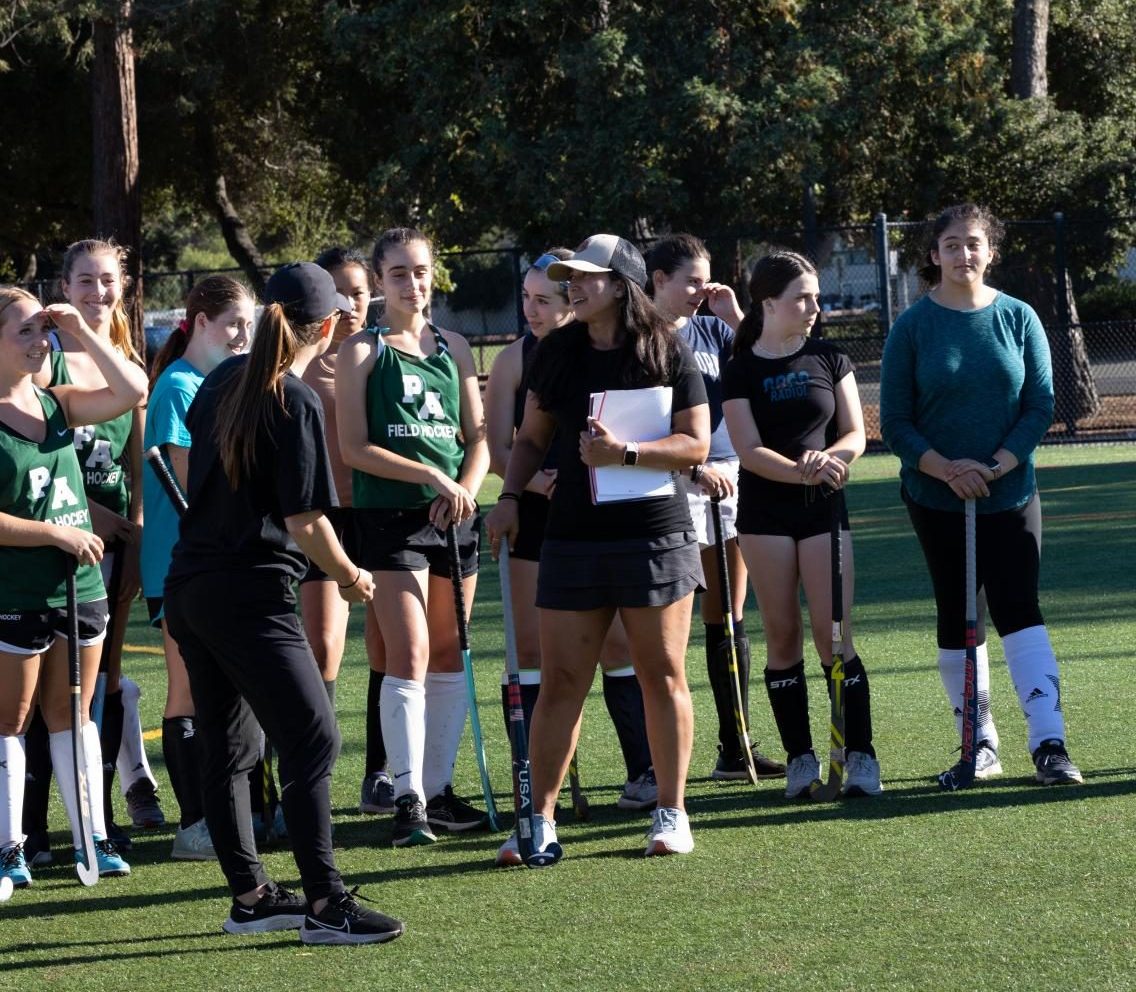 Sonia Sethi and Sara Bishop volunteered to coach this season after Jennifer Crane, the new athletic director for the 2022-23 school year and college field hockey coach, was unable to find a JV coach.

“I learned at the end of the summer that she [Crane] couldn’t find a JV field hockey coach,” Sethi said. “I didn’t want to lose the program, [and] I didn’t want her to have to carry a list of 40 people, so I offered to help the coach any way I could.

Sethi, an experienced athlete, has spent seven years playing field hockey and actively participates in long-distance marathons. Previously, she coached at Addison Elementary School and at Fleet Feet, a running store in Menlo Park where she coached half marathon and marathon runners for several years.

“My favorite part [was] helping the marathon team because it inspired people to try something new and showed them what they could achieve, especially when you work as a group towards a common goal,” Sethi said.

According to Sethi, she enjoys coaching team sports because of the unique sense of camaraderie.

College and junior field hockey player Hailey Kleiner said she had high hopes for JV’s new group of players and said she believed the new coaches would be hugely beneficial to their learning process.

“From experience, I know a lot of people who joined the JV team, especially the first year, don’t have any previous field hockey experience, so the coaches kind of have to start from the beginning,” said Kleiner. “I think they might have a bit of a rocky start, but I really think over time they will pick up the skills and they can work well together.”

According to second-year junior varsity field hockey player Isabelle Carlsen, she hopes the JV team will be able to effectively develop teamwork skills with new coaches because teamwork on the field is just as important as working together off the pitch.

Although this is his first season as a field hockey coach, Sethi is excited about the upcoming season.

“I’m so excited to have these girls showing up, who are excited, who are committed and dedicated, and who are high-spirited and ready to work hard.” Seti said.

The JV field hockey team won its opener on August 31 against Wilcox and will face Cupertino on Wednesday at home.