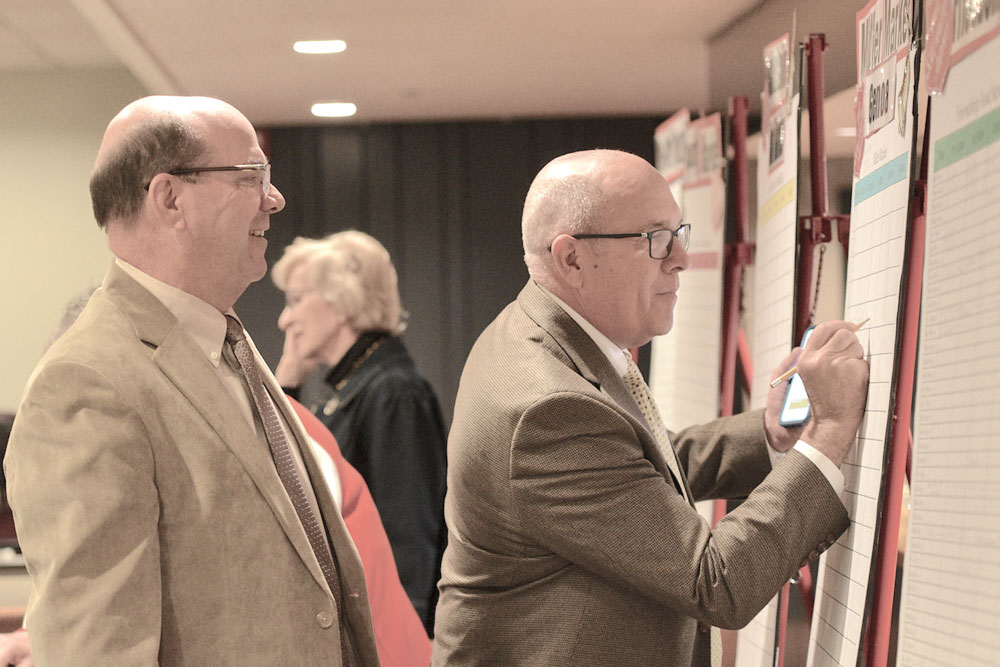 According to Toni DeLuca, this year’s Ottawa County Salvation Army Red Kettle Annual Kick-Off Breakfast on Wednesday, Nov. 2, was very bittersweet. The nearly 100 volunteers who rang the bell who attended the breakfast were inspired by this year’s challenge to raise $88,400, but they were also saddened to know that they would not be taking on this challenge with the outgoing director of the Port Clinton Service Center, Maureen (Moe) Saponari.

The breakfast, which took place at the Catawba Island Club, served as a transition point when Saponari publicly introduced the center’s new director, Kami Sayre.

DeLuca, a longtime member of the center’s advisory board, said a tearful goodbye to Saponari and welcomed Sayre with open arms as she addressed the breakfast crowd. 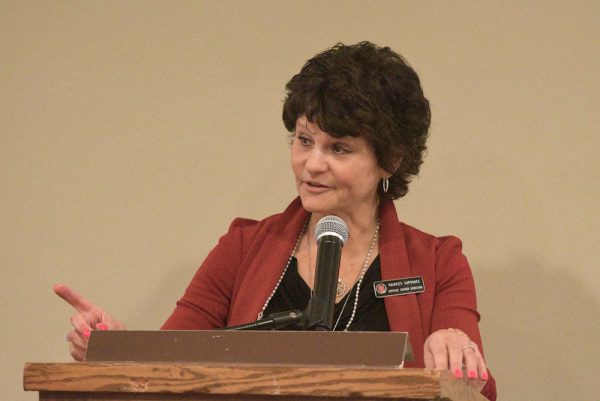 Maureen “Moe” Saponari shares some final stories, introduces new Director Kami Sayre and says goodbye to the dozens of volunteers who have helped her make an impact in Ottawa County. (Photo by Sheri Trusty)

DeLuca recalled the first time she met Saponari, “a well-dressed woman in stilettos,” and she spoke of the times Saponari donned tennis shoes as she took dozens of children to summer camp. ‘summer. She told Sayre she had big shoes to fill.

“But you’re up for the challenge,” DeLuca said. “Whether those shoes are stilettos or tennis shoes, God has put you in this place right now. Moe, we will miss you. Kami, we are here for you.

Many people shared a “Moe story,” stories of compassion, fun, and hard work, both publicly and privately that morning. As Saponari and Sayre waited at the edge of the room, listening to words of gratitude and welcome, they were just two friends hanging on, finding a way to pull Saponari’s impact into the future. 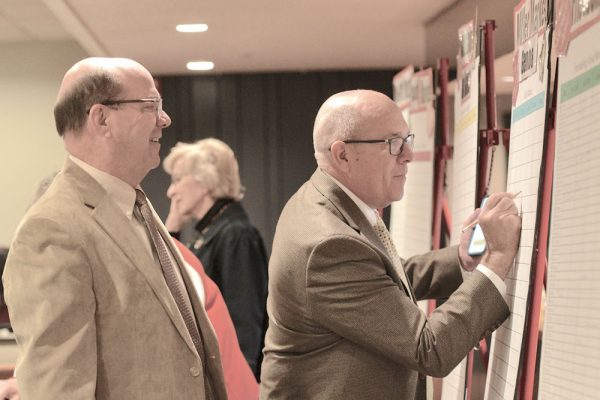 Ottawa County Commissioners Mark Coppeler, left, and Don Douglas sign up to ring the Salvation Army bell this winter. Many more volunteers are needed to ring the bells to ensure the success of this year’s Red Kettle campaign. (Photo by Sheri Trusty)

“I’m so excited to go for it, but I’m nervous because I have a fancy, hard-to-follow number,” Sayre said. “If Moe ever changes her number, I’ll sue her.”

Saponari, too, was struggling with opposing emotions.

“I’m thrilled for the Salvation Army and the community. Having everyone here to ring the bell and support Kami is wonderful,” Saponari said. “But my heart is racing right now. I didn’t expect this outpouring of love from everyone. Reading it on Facebook is one thing, but hearing it in person is another.

Saponari and Sayre are grateful that the transition is supported by an advisory board made up of dedicated volunteers ready to help.

“This transition wouldn’t work without them,” Sayre said.

Saponari was grateful for the years of support the advisory board had given her, and she was grateful that they were there to help her say goodbye.

“The advisory board is the core of The Salvation Army,” Saponari said. “They are loving, compassionate and respectful people.”