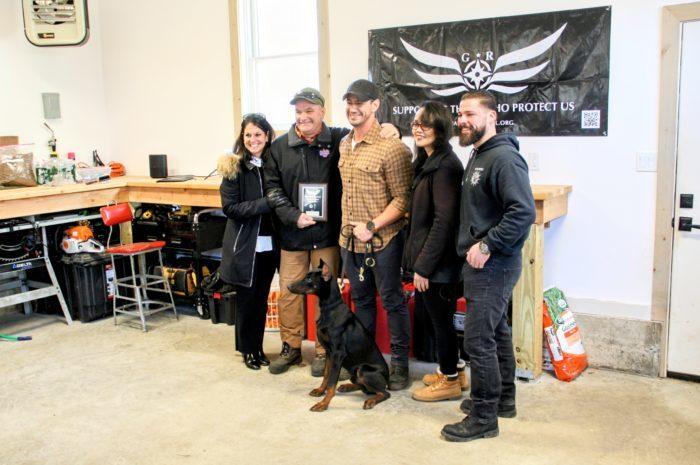 CARMEL – Two U.S. Army Green Berets received new companions on Sunday to help them cope with the emotional stress many veterans and first responders face on a daily basis. the Awakening of the guards The organization presented the two men, both Bronze Star recipients, with their canine companions in a private ceremony.

Guardian Revival is a non-profit organization that offers several programs to help current and former military personnel and first responders designed to deal with PTSD and other debilitating issues.

One of the programs is “Boots and paws. Guardian Executive Director Alex Othmer, a former Navy Seal, said before introducing dogs to their human companions: â€œStudies have shown that owning pets dramatically reduces stress, decreases feelings of loneliness and encourages more social interaction.

Lake spent 14 years in Special Forces and received two Purple Heart honors in addition to the Bronze Star. â€œSpencer is a very humble guy,â€ said Angela Garcia, Boots and Paws program manager. Lake applied to the program several months ago and Garcia worked with him to find a partner. The dog, training and supplies were all sponsored by Mr. Valenti who said, â€œWe are grateful for Spenser’s service and are honored to be able to do so,â€ while thanking Othmer for informing him of the program. Valenti was joined by his wife to introduce Drogo to Spenser.

The second green beret, still in active service, was given a Belgian Malinois puppy who will bear the name Brody or “Bro” for short. The special forces operator, whose identity will not be released, spoke of the stress his son and daughters endured during his 18 deployments. â€œMy brother will definitely have a positive impact on my family,â€ he said, noting that the stress of having a father in the military led one of his daughters to attempt suicide and that Brody will help. certainly the family to heal.