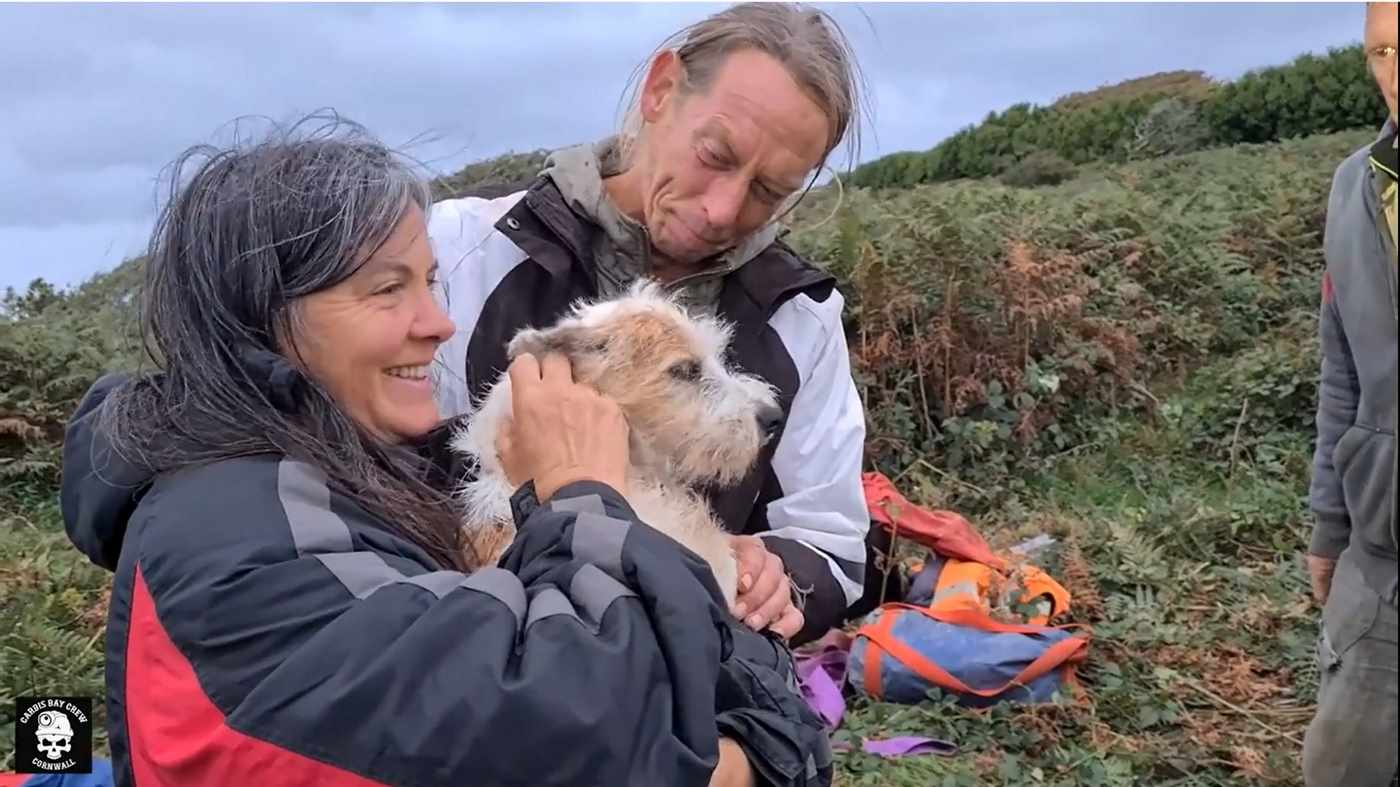 A dog has been rescued by volunteers after spending more than 26 hours in an old mining pit.

Suka the terrier went missing on Sunday while walking with his owner Ben Weston near St Ives, Cornwall.

She was off the leash and ran off into the woods. When she never returned, her owners searched for her overnight and on Monday morning.

Eventually they stumbled upon a deep hole and could hear their poor pup moaning from the inside.

“Firefighters arrived first and then we did it five minutes later,” said Sam Perkin, a Carbis Bay crew member who was present during the rescue. “They assessed the situation and couldn’t detect any signs of life, so they couldn’t commit to sending anyone.”

“But as soon as they left, we could hear the dog barking again, so I called other members to help him out.”

The slipway turned out to be an old mine shaft; so old that the timbers intended to support the opening had rotted, leaving only the previously excavated earth and granite that had been left to slowly compact on itself to support the passage.

The footage also shows the moment the pup is reunited with its emotional owners. Suka would now be safe and sound at home with her owners.

WATCH the video below…

SHARE this terrifying experience with your dog lovers on social media…